With the Ford Bronco market hotter than ever, Maxlider Brothers Customs receives 75-100 text messages, emails, and phone calls every day.

We’re very thankful for our customers, fans, and followers and we try to answer every question and respond to every social media comment within a few hours. To help answer your questions, we have launched a new “Ask Your Question” page (submit your questions here).

Out of the many questions we receive, several come up on a regular basis, so we decided to discuss the most frequently asked questions about classic Ford Broncos in this post.

You should talk with us before buying a Ford Bronco. Believe it or not, I’ve talked people out of getting a Bronco because after talking with them, it became clear that they would get more out of a different vehicle.

Maxlider works with Broncos of all years, but the hottest models are the first generation, which were made in 1966-1977. These are classic cars that weren’t built and don’t drive the same way a new or used car will. They are also not known for being daily drivers and should be kept away from winters in the Midwest and Northeast at all costs. Where there’s snow, there’s salt. And where there’s salt, there will be rust.

The full truth is that it’s hard to predict if an older Bronco will hold up as a daily driver without extensive modifications and a lot of quality work put into it. This design is 50-years-old, and the parts have gone through over 40 years of wear and tear. Not all vehicles from this area were built to be daily drivers, including the Bronco. These were built to be fun off-road vehicles, not something you would drive back and forth to work five days a week.

Each Bronco is also an inconsistent mystery. The level of craftsmanship that went into each Bronco during production varied greatly, and so does how the vehicle has held up in the five decades since. So while it’s possible that your 1966-1977 Bronco can become a daily driver if given the right care and updated to fit how you plan to use it, there’s significantly greater risk that it won’t be a daily driver than a new SUV fresh off the lot.

The classic car market, whether looking to get a Ford Bronco, Chevy Blazer, or Ford Mustang, is much different than the traditional “new and used” car market at local dealerships.

Spending $25K at a dealership will get you a new or lightly used Ford Mustang made in the last ten years. It will be a great car and an instant daily driver.

A $25,000 first generation Bronco will be limited on options, likely show some wear, and almost assuredly have a 3-speed transmission. It also may lack the durability required to be a daily driver. That’s not to say there’s anything wrong with a $25,000 Bronco, but the time (man hours) and cost of parts needed to fully modify and customize a 50-year-old Bronco can range from $75,000 – $125,000.

We do have great Broncos available for $25,000 and under, but to make it one-of-a-kind and fully customized, similar to the Broncos you will see at SEMA in Las Vegas, you’ll need a bigger budget. Check out what Maxlider currently has for sale here. 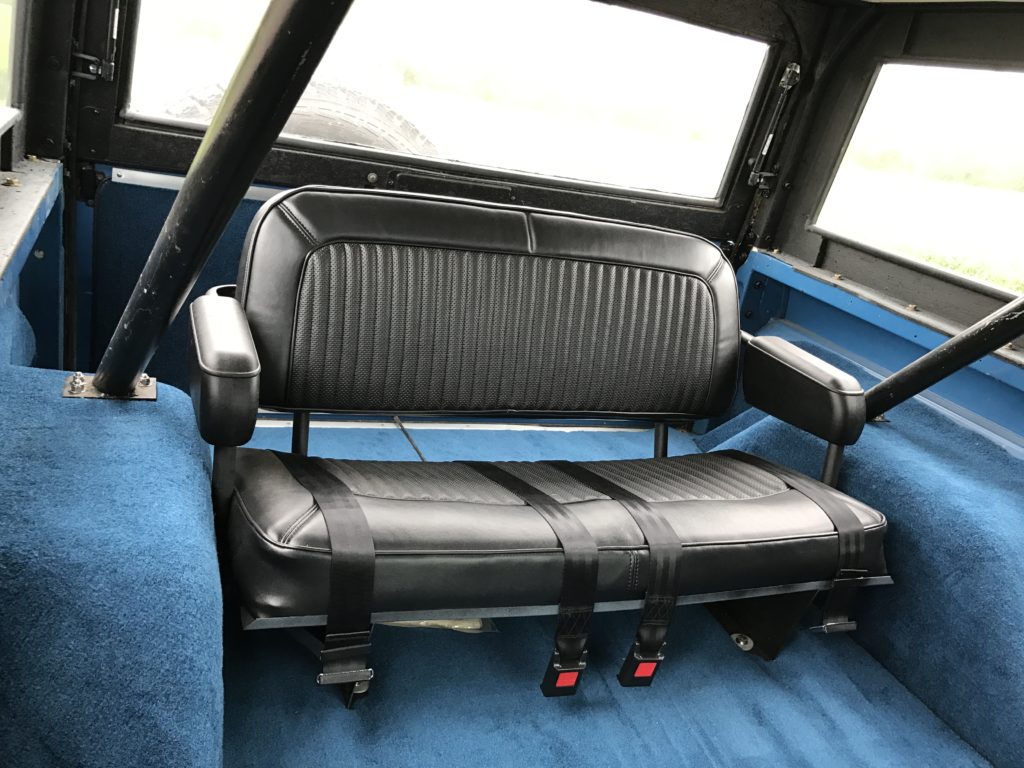 We’ve come accustomed to having vehicles with room for four people or more. For those of us with large families, we can’t even dream of buying a two-seater because our kids would be fighting it out for who gets to ride along and who stays behind.

Things were different in the mid-60’s, and many of the early Ford Broncos were produced with only two front bucket seats. When purchasing an old Bronco to restore or modify, one of our top priorities is putting a back seat in it.

Seat belts, similar to backseats, were not standard in early Broncos. To be street legal, federal law requires any vehicle made in 1966 or after, to have seatbelts. On the state level, the laws vary. In the Broncos we modify and restore, we check for and install seat belts in both the front bucket seats and seats in the back. 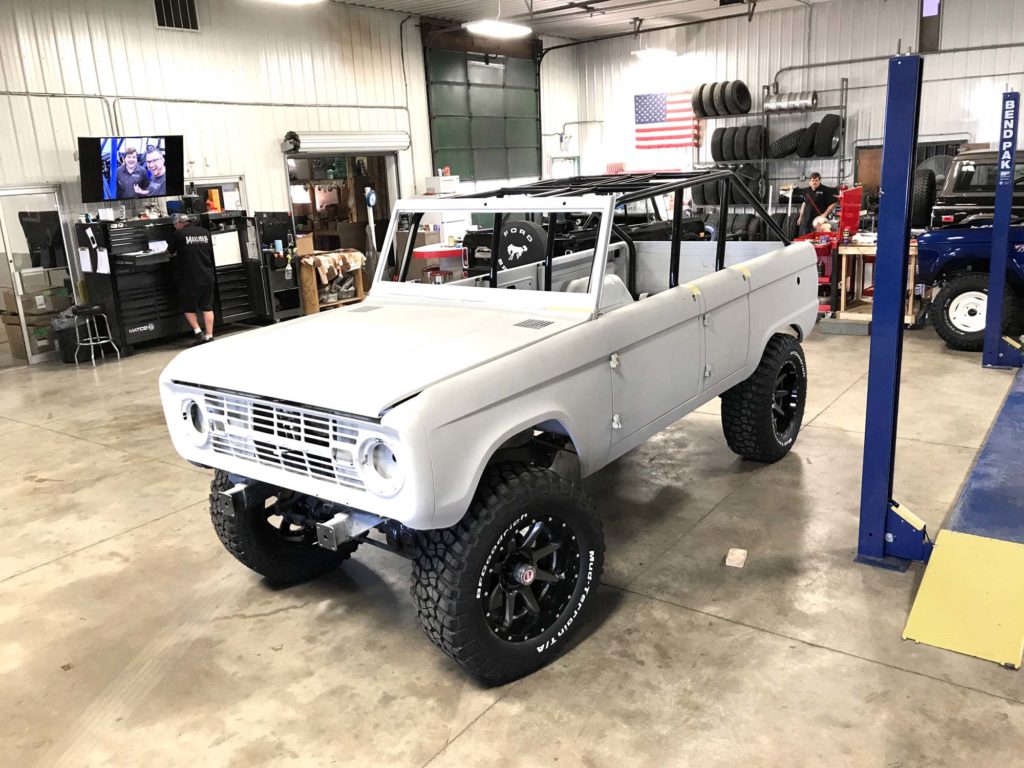 Ford did not manufacture 4-door Broncos. To our knowledge, under a dozen have ever been created by enthusiasts and shops. In 2016, we began creating the 4 Horseman — our own 4-door Ford Bronco that we believe will be the best conceived and executed version yet, built on a 1966 frame. The finished 4 Horseman will be available to view at SEMA 2017.

Classic Ford Broncos came standard with 3-speed transmissions, and most were manual. Even if you’re used to driving a stick shift, Broncos, and many classic car makes, handle differently than the manual transmissions we’re used to driving today. There are first generation Ford Broncos with automatic transmissions, but they are rare, and when we get them in they fly out of the door. One of the first questions we get when we post a picture of one of our vehicles online and someone sees one in person is, “Is it automatic?”

What’s your budget and what are you looking for? We have Broncos available now in different price ranges. See our inventory here. To make sure you end up in the right vehicle, please contact us first at 331-308-BROS (2767).

The value largely depends on the quality of the metal because of how expensive rust repair is and the impact the body has on the overall quality of the vehicle. If the body doesn’t hold up, all you have is a heap of shiny parts. Outside of the body, the value is determined by the market and the cost of the parts and labor to customize a Bronco to a buyer’s preferences.

What question would you like answered? Submit your question here.