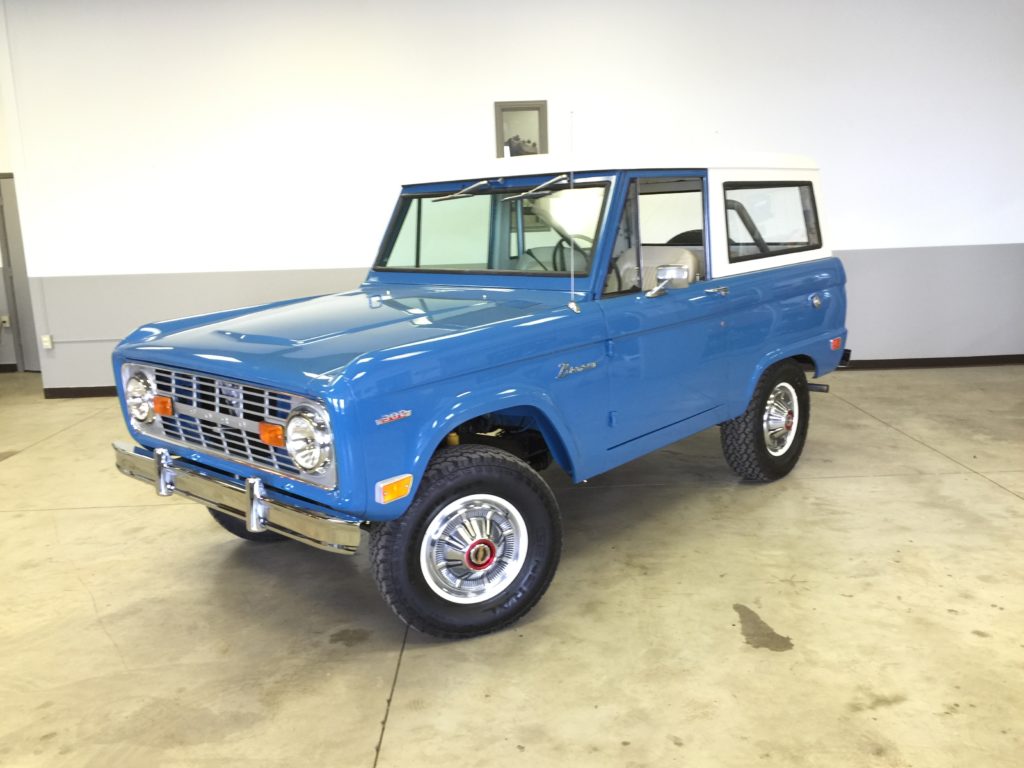 The Maxlider family has had its hands on Ford Broncos since their introduction in 1966. We’ve seen changes in the market for Broncos, from new generations and body styles to the infamy of the OJ Simpson car chase, to new competitors popping up and folding along the way. As interest and sales in Broncos declined in the mid-1990’s, the Bronco was discontinued in 1996.

The Bronco disappeared and was rarely discussed, even among car enthusiasts, outside of a core group of Bronco enthusiasts. But in 2004, Ford hit us with a curveball out of nowhere by debuting a prototype of a brand new Ford Bronco. The prototype was stunning, and although there was very little said from Ford about the potential return of the Bronco, people went nuts. Suddenly, there was new interest in the older Ford Broncos and rumors and speculation about their return. The 2004 prototype never became more than a showroom model, but this spark lit the market on fire and that flame lasted well over a decade.

Rumors continued for the next ten years without anything to show for it until Ford officially announced that the Bronco would return in 2020 with production beginning in 2018. Seemingly every day since, we get questions about the new model, from what it will look like to how this will impact our business as a specialty Ford Bronco shop. To put it simply, we’re ecstatic, and think the Bronco market is in for another massive change.

The original, first-generation Ford Bronco is not an easy vehicle to find compared to popular cars from this era. For example, take the Ford Mustang. In 1966, the third year Ford produced the first-generation Ford Mustang, just over 600,000 were built and sold. For the entire run of the initial Bronco (1966-1977), there was a total of 230,800 manufactured. Of those, we believe around 150,000 still exist.

With new interest in the model and how new cars are produced and sold in today’s market, we believe as many as 75,000 could be sold in the first year alone, equaling half of the existing first-generation Broncos. This huge addition to the Ford Bronco market will temporarily decrease demand in restored and modified Broncos, but two things will happen in about a year’s time:

Both of these are great for business, and I’m personally really excited to see what the new model looks like. The classic Bronco market exists because people rightfully love these uniquely beautiful beasts, and that’s one thing that won’t change when the 2020 Bronco is released. If anything, it will bring people closer to their classic Broncos, and we’ll be here to help.

Stay tuned for our predictions on what the new model will include and what it will look like, and call us today if you want to learn more about what we’re doing at Maxlider at 331-308-BROS (2767).